S03E02 - Hunted to the Darker Recesses of the Galaxy, Part II

Now safely in hyperspace, our heroes can finally interrogate their prisoner. Obran Tashi is surprisingly talkative once he is told that his life might be spared. He explains that none of it was personal. Insisting that his partner and him were simply trying to make a living. It appears that our heroes have several contracts on their head—both the Empire, the Hutts of the Anjiliac clan, and the powerful Black Sun crime syndicate have put a significant price out for their capture or death.

The Umbaran explains further that the most lucrative bounty is—by far—the one offered by the Black Sun for Ni’maani’s capture. Even though the Jedi Vasha Stormtamer is slightly worth more alive to the Empire, than dead to the Black Sun or Anjiliac clan, his upmost priority was to capture the Twi’lek and, given the opportunity, to terminate Vasha, Zuur and Eshu.

When asked how he was able to find them so quickly — after all they were on Tatooine for less than a day — he explains that a homing beacon has been placed on the Last Gambit. A cursory examination by KZ3R reveals a few tracking devices hidden in the interior of their ship.

After obtaining all the information they feel they would get from their prisoner, our heroes opt to leave the Umbaran assassin in the middle of the desert on Tatooine, with a weapon and enough food and water to survive the trek back to “civilization”.

In order to make a more exhaustive search for homing beacons or other surveillance devices that might have been hidden on their ship, our heroes first need to reach a spaceport. To maximize their chance to elude discovery and not lead their enemies to their final destination, they opt to make a large detour in hyperspace, eventually docking on Agamar.

Their extensive investigation of The Last Gambit’s interior and exterior reveals several tracking devices, the most blatant on the top exterior of the fuselage, the most discrete buried deep inside the ship’s circuitry. When KZ3R is confident that all such hidden surveillance devices or beacons have been uncovered (a 97,98467% probability according to his calculations), our heroes finally take off and plot a course for Bakura. 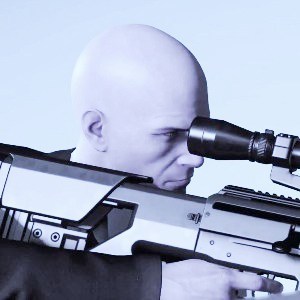 S03E01 - Hunted to the Darker Recesses of the Galaxy, Part I What Comes Next

Before They Are Hanged An Epilogue to Season Two