The following home rules supersede any Errata and Official Clarifications published by Wizards of the Coast. Page 63 — Acrobatics Skill
Under the Special section, replace the last sentence with the following: “When fighting defensively (see Fighting Defensively, page 152), you gain a total +5 dodge bonus to your Reflex Defense if you are trained in Acrobatics.

Page 63 — Pilot Skill
Under the Special section, add the following sentence: “When you use the fight defensively vehicle combat action (see Fight Defensively, page 171), your vehicle gains a total +5 dodge bonus to its Reflex Defense, if you are trained in Pilot.

Page 80 — Table 5-1: Feats
Replace the Dodge feat Benefit description by the following: “Gain a +2 dodge bonus to Reflex Defense against a selected target.”

Page 84 — Dodge Feat
Increase the bonus provided by this feat from +1 to a +2 dodge bonus.

Page 122 — Table 8-3: Melee Weapons
Add the following line immediately before the weapon qualities of the vibroblade:

Page 123 — Table 8-3: Melee Weapons
Add the following line immediately under the weapon qualities of the knife:

Replace the weapon qualities of the stun baton, by the following:

Page 124 — Stun Baton
“Advanced Melee Weapon / Simple Weapon
For the purpose of determining benefits dependent on specific weapon groups (such as the Weapon Focus feat or the Weapon Specialization talent), a stun baton can be considered an advanced melee weapon or a simple weapon (player’s choice).”

After the sentence “A stun baton requires an energy cell to operate”, add the following sentence:
“An unpowered stun baton can be wielded as a club/baton, using the weapon qualities of the later.”

Page 124 — Vibrodagger
“Advanced Melee Weapon / Simple Weapon
For the purpose of determining benefits dependent on specific weapon groups (such as the Weapon Focus feat or the Weapon Specialization talent), a vibrodagger can be considered an advanced melee weapon or a simple weapon (player’s choice).”
After the sentence “A vibrodagger requires an energy cell to operate”, add the following sentence:
“An unpowered vibrodagger can be wielded as a knife, using the weapon qualities of the later.”

Page 152 — Fight Defensively
Replace the whole section by the following:
“As a standard action, you can concentrate more on protecting yourself than hurting your enemies. You can move up to half your speed and gain a +2 dodge bonus to your Reflex Defense until the start of your next turn. You take a -5 penalty on your attack rolls (including those arising from attacks of opportunity) while fighting defensively.
Acrobatics: If you are trained in the Acrobatic skill, you instead get a +5 dodge bonus to your Reflex Defense when you fight defensively.”

Page 287 — Multiclassing
Add the following sentence at the end of the paragraph:
“When gaining a new level in a heroic class, a character with nonheroic levels is awarded Force Points, but must disregard non heroic levels when determining the total amount of Force Points he receives.” 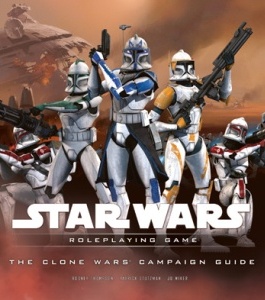 Page 63 — Merr-Sonn Model 434 “DeathHammer”
Replace the weapon’s text by the following:
“Built as a compact pistol, the Model 434 quickly earns the nickname of “DeathHammer” from the bounty hunters and professional killers who favor the gun because of its durability and sheer power. On a critical hit, a Merr-Sonn Model 434’s damage dice change from d6s to d8s. The weapon’s durasteel plating increases its weight, but also its sturdiness, giving it a +2 equipment bonus to its DR. Bounty hunters, mercenaries, and assassins who use the DeathHammer ornately decorate the weapon, adding more detail after every kill. A Merr-Sonn Model 434 “DeathHammer” requires a power pack to operate. After 100 shots, the power pack must be replaced.” 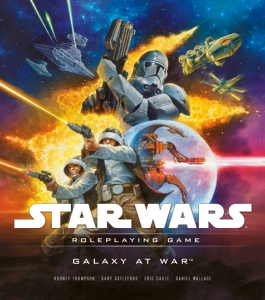 Page 38 — Sidearm Blaster Pistol
Replace the weapon’s text by the following:
“Sidearm blaster pistol is the generic term for blaster pistols that have a high ammunition efficiency rating. Although the shots that it fires are as powerful as those of other blasters, the blaster’s slow recharge rate enforces conservation of ammunition, which can be advantageous in a prolonged firefight or when the wielder finds himself behind enemy lines without access to additional power packs.
A sidearm blaster pistol requires a power pack to operate. The Double Attack, Triple Attack and Rapid Shot feats or any talent or feat that has any of those feats as a prerequisite, cannot be used with this weapon. These limitations coupled with the special energy-trickle technology allow the power pack to last for 250 shots.” 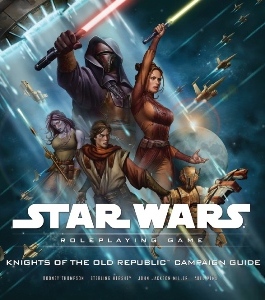 Page 64 — Table 5-1: Melee Weapons
Replace the weapon qualities of the dire vibroblade by the following: 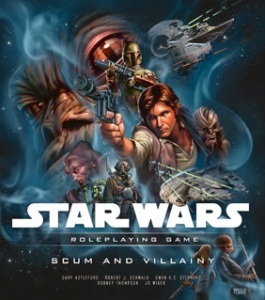 Page 40 — Table 2-3: Universal Upgrades
Replace the line for the droidification upgrade by the following:

Page 40 — Droidification
In the second paragraph, replace the phrase “Apply all modifiers to the statistics for the object’s size as normal”, by the following:
“Apply size modifiers to Reflex Defense, Stealth, carrying capacity and cost factor as normal (see Sage Edition Core Rulebook, page 187). For a droidified weapon, illegal modifications to the droid’s behavioral inhibitors change its classification from 5th-degree to 4th-degree droid.”

Replace the third paragraph of the universal upgrade’s text by the following:
“Only devices and most ranged weapons can receive this upgrade. Armors, melee weapons and vehicles cannot be droidified.”

Page 48 — Weapon Mounts
Remove the last paragraph of the description. 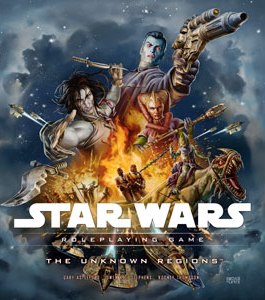 Page 17 — Creating Near Humans
Replace the whole paragraph by the following:
“To create a near-Human, start with the Human species in the Saga Edition core rulebook. Next, select one of the traits from Table 1-4: Near-Human Traits, replacing either the bonus trained skill or the bonus feat that Humans normally receive. You may replace Basic for any other language. Also, select one, two, or three minor physiological variations from Table 1-5: Near-Human Variants. These variants are typically cosmetic, but Gamemasters might allow a variant to have a minor mechanical or roleplaying effect. Finally, you may select one additional trait from Table 1-4 by adding a weakness from New Table: Near-Human Weaknesses. As always, the Gamemaster has the final say in traits, variants and weaknesses combinations allowed in his or her game.”

Page 37 — Table 2-1: Melee Weapons
Replace the weapon qualities of the contact stunner by the following: