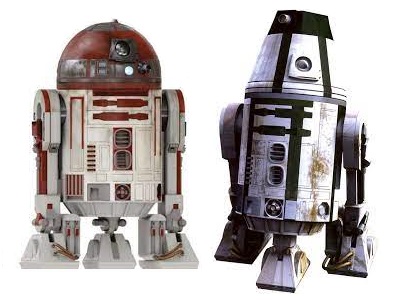 Like the R3-series astromech droid, the R4-series was designed after the success of its predecessor, the R2-series. However, the R4-series was created to appeal to lower-income users who did not own starfighters but might have speeders or other devices that would break down regularly. The R4 was made to be durable but inexpensive, causing it to be extremely popular with residents of the Outer Rim. As a result, a large number of these droids continue to operate for many years after their construction.

The R4 droid is quite versatile and able to perform many functions within the scope of its programming. Although starfighter work was not originally conceived for the R4, high demand from various organizations prompted the creation of a starfighter variant with the recognizable curved dome from the R2-series instead of the truncated cone found on the standard model.

Many of the features available through previous models, such as video displays and fire extinguishers, were not made available in the R4 to cut down on production costs. As a result, the R4 has more internal storage than normal for a droid of its size.